The Irish people spat in the face of democracy and their forebears. And they will continue to do so. Witness the mass migration of foreigners to these shores. Have the Irish people demanded action on these locusts. I mean they see as I do their children, grandchildren, nieces, nephews having to emigrate in their hundreds of thousands. They see our welfare, housing, educational, medical and justice systems being bled dry by these foreigners. They see the huge increase in crime caused by foreigners. Our prisons are overflowing with them. And yet more and foreigners arrive and our own people have to leave. And the locust breeds more and more little locusts which take up more and more of our scarce resources. And what are these foreign locusts asked in return for our Christian goodwill? Nothing of course. And the foreigner will continue to do nothing productively because the cowardly Patrick agus Patricia continue to do nothing about this invasion. 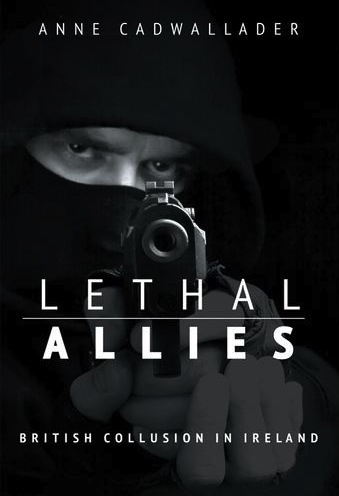 Well P agus P, your children, grandchildren and future dwindling generations of Irish children will have to suffer the consequences of your glorious inaction and cowardly behaviour. Perhaps a fitting a headstone for P agus P would be “DIED OF INACTION”. Yes Pat agus Pat, the Irish will be the minority population in an overcrowded Ireland easily well before 2050. Famine times. Well bleeding done, P agus P.

Irish people  voted in a F.G./Laborious government. They easily forgot [bellies again] what previous F.G./Lab. got up to. They forget that previous FF, FG, Labour, PD, Greens, independents governments did not pursue the British government over the Dublin/Monaghan bombings. The worst atrocity of the Troubles. Indeed the Irish government and the Gardaí continued to give information on Irish citizens to the same British govt. and its security services  that aided and abetted heinous loyalist,orange order [I presume Protestant] murder gangs.  Do An Daoine Beag Nua (P agus P) not get it? The Irish establishment does not give a damn about its people. It only cares about it,s own interest and preservation.The Dublin/Monaghan bombs should have woken Irish people up to this fact.

Around the 70s/80’s  the government of the day FG/Labour were more interested in cracking down on the IRA because it effected the establishment more than doing some thing about the growing menace of hard drugs and drug barons who now infest the poorest in society and continue to cause the death and misery of numerous people; as long as the barons don’t effect the establishment. F.F. off course continued this policy.

And the stook P agus p continue to vote for these nation wreckers.