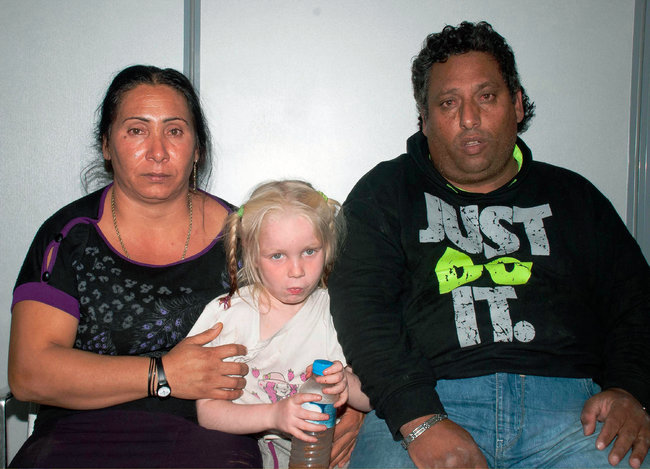 Child in Greece with supposed parents

So another young blonde haired, blue eyed child was found living with a bunch of gypsies under suspicious circumstances, this time in Tallaght in Dublin, Ireland. This case appeared at the time to be somewhat identical to the recent one in Greece where a child was taken from a gypsy campsite by police. A DNA test confirmed that the child did not belong to the gypsy parents at the campsite.

Ireland was the first country in the EU to allow these foreign knackers to flood in. We opened up our borders to the new Eastern European member states and allowed unrestricted immigration to citizens of Romania and Bulgaria. Many of them gypsies. Since then they have been nothing but trouble for us. Involved in welfare fraud, organised begging rackets, ATM scams, thievery, vagrancy, pick pocketing, assaulting the elderly. The list goes on. 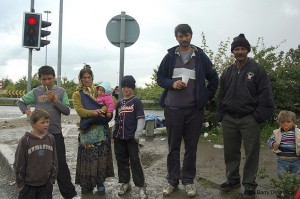 You will notice that the child in this case was found with the “roma” family in Tallaght, not Foxrock or Dalkey etc. No, this imported welfare class won’t be housed beside our liberal cheerleaders for multiculturalism and immigration! They will be dumped beside you and I in working class and middle class areas, housed for free courtesy of the Irish taxpayer beside those of us who work for our keep. (Up to of 40% on rent allowance are foreigners)

Pavee Point (our own itinerant lobby) was whinging on the radio for us not to jump to conclusions. They say that just because the child has blonde hair and blue eyes doesn’t mean that she is not a gypsy. This despite the fact that when the gardaí called to the “roma” house the gypsies seemingly could not provide reliable documentation, passports, birth certificates or hospital records to prove that the child was theirs. One look at the photograph of the child in Greece with the purported parents and we can clearly see that they were not related. This was later proven to be the case when DNA rests established that the child was the biological child of Bulgarians. 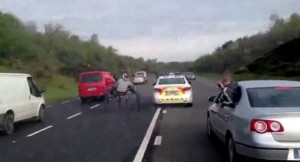 Questions to be asked here:

1. How long have this gypsy family been in Ireland?

2. Did they arrive here with the child?  If so, did nobody check the child’s (or their other children’s) identity at the port of entry?

3. Has this child ever been to see a doctor or nurse while in Ireland? If so why have questions not been asked by our medical and child welfare services as to the identity of the child?

5. What responsibilities lie with the landlord who rented to this family?

Or is it just too un-PC to ask the questions?

Given what we know so far about the case here, the gardaí and the HSE have obvious grounds to intervene and take this child into the care of the state. One only has to wonder though if this case would have even been noticed were in not for the discovery in Greece. This has certainly opened up a can of worms. I wonder if this will be followed through by our media-ocracy? Don’t hold your breath.

Congratulations to the gardaí and the HSE on doing their job. At the end of the day child welfare is paramount.