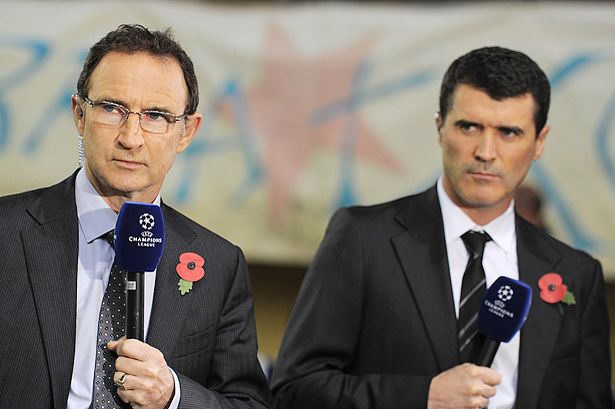 We shall go the long way around. I followed the Irish soccer team from a relatively young age. This was much to my fathers chagrin. It is only when you get older do you realize how wise your parents were. Anyway it would have been from the era Mancini, Brennan to McCarthy, Aldridge. Approx. 25 years. One of my favourites during that time was  Davy Langan. I stopped following Ireland in 1990. I realized then my enjoyment of not only the craic before, during and after the game had come to an end. The media and money had really got its claws into Irish soccer. I have not been to many games since. I do not watch any game on the box. This off course was my choice.
Over the years I have watched as Irish soccer lost its soul. Ask yourself this. How many colours and patterns has the Irish jersey gone through? Why was the shamrock  emblem, once worn proudly on the jersey replaced with an odious nondescript emblem. You could claim a granny a hundred times removed and play for Ireland. People started loosing the run of themselves. Any sport to my mind is to be enjoyed, to have the craic, enjoy win loose or draw. Obviously I am in the minority.
And then the F.A.I. employ two poppy wearing West Brits to manage my country. O’Kneel (Order of the British Empire) played for the sectarian north-east. Roy(al) got in a wee tiff and would not play for his country. The F.A.I. pays this duo obscene wages subsidized by people who I would not trust as far as I would throw them (remember  the telecom licence sell off). Off course there are many questions to be asked off the F.A.I. and its executive. After all the taxpayer subsidizes this body. Remember the anti G.A.A. fury whipped up by our anti-nationalist mediaocracy when this great sporting body got money off the taxpayer to rebuild Croker. When the taxpayer subsidized the soccer and rugby crowd to build Aviva stadium the meeja went very quiet. If the taxpayer subsidized the building of the Aviva why did the government not insist it was named after one of our national heroes? Why is this obvious question not asked? It should be renamed the Easter 1916 Stadium immediately. By the way while we are at it let’s rename some of the streets around this stadium. Bobby Sands Road has a ring to it.
Sadly the F.A.I. will insist by it,s behaviour to be the shady gurrier of Irish sport. Unlike other major sports it seeks likes its fellow travellers, the PC crowd to have no tradition, no pride, no soul. It has allowed itself to become the patsy of business and the mediaocricy. Perhaps in doing this it is reflecting a growing part of Irish society. So be it. There are other questions to be asked off course i.e. the state of domestic soccer, Mr. Delaney’s salary etc.
My father, lord of mercy on him, was a hurling man. To my mind the best game bar none. A mans game. He referred to soccer and rugby as the garrison games. Despite our bought off revisionists; he was right. Irish soccer bends over backwards to be still the garrison game. Perhaps the garrison has changed its methods but its outlook and end game is still the same. Alas with the appointment of rosette wearers Roy(al) agus O’Kneel (Order of the British Empire) it has done nothing to dissuade me from my view.
This is written with respect to all the people who followed Irish soccer for the game, the craic and for national pride.